How to Outreach Journalists in the Age of “Churnalism”

â€˜Churnalism is a form of journalism in which press releases, stories provided by news agencies, and other forms of pre-packaged material, instead of reported news, are used to create articles in newspapers and other news media.’ 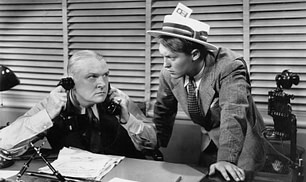 Churnalism is a reality for many editorial teams in 2017. They no longer have the luxury of spending hours writing lyrical longform tomes on a subject of their choosing. Instead they are expected to produce 5-10 pieces of highly shareable content a day that will keep readers, and advertisers, coming back to the site.

As a result journalists need to not only know what’s happening now, they also need to know what’s coming next. The pressure is on them to deliver something that stands out in the hyper-competitive wormhole of the content marketplace.

So how do we effectively deliver content to such a pressured, busy group of people? What are the myths that need dispelling and what methods can we detail to ensure that we are doing everything within our power to ensure coverage from these websites?

There’s a time and a place for suspense, but your outreach email isn’t it. You’re not Raymond Chandler, so include everything that a journalist needs to write an article in the first email.

The highest praise, and in many ways the ultimate goal, is to make it so that the journalist can practically copy and paste what you’ve said into their CMS, hit publish and move on to their next post.

The media landscape is geared towards one key factor: speed. If you can’t get there first, at least get there early. The early bird may get the worm but the second mouse gets the cheese.

By adapting your outreach to this mind-set and not making your email a riddle, you’ve already done 90% of the journalist’s job for them, increasing your chances of gaining coverage.

Not wanting to sound too dramatic, but outreach can sometimes feel like you’re shouting into the void.  Despite multiple subject lines, constant tinkering and casting a wide net – replies don’t always come as thick and fast as you’d like.

But don’t let the silence stall your motivation. As Roman philosopher Seneca said â€˜luck is when preparation meets opportunity’. The opportunities for coverage don’t end after the first email. Put simply: follow-ups are fundamental, so make sure to keep communication up at your end.

I can count over a dozen recent instances where a journalist has enthusiastically covered a campaign without ever sending me back a reply. So firstly make sure to check to see if it’s been covered before you follow-up. As a start: search for the campaign (or set up alerts), check Majestic and monitor Google analytics. You may well find out about the coverage by reading about it online.

But when do you stop? I tend to keep it to two maximum, after all, they may well not be replying because the campaign isn’t good enough, it’s not their beat, or what you’ve written hasn’t sold it to them. But it’s important to let them make that decision themselves, and by stopping at the first hurdle, you’re making it for them.

Don’t be afraid to email the same piece of content to multiple journalists at the same publication.

Yes, it’s important to keep emails personalised, but as we have already established, journalists are very busy people, and they understand that you need to cast a wide net to get the coverage. They’re not going to take it personally, simply because they don’t have the time.

Ultimately it’s worth remembering that in 2017 you are not only competing with the swathes of other link-builders, outreach people and PR professionals, but also with the journalist’s time. If you respect that, and adapt to their reality instead of trying to force your own, you will have a lot more success, and potentially make some reliable contacts for the future.

Want to know more?  We are hosting our very own conference 100% dedicated to outreach!   Click the outREACH Conference logo for more information.